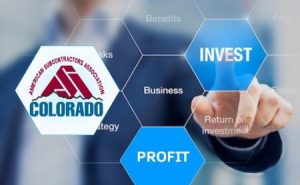 An Idea, a Pathway to Profitability

I’ve been thinking and want to ask you to think about a grand idea.
ASAC spends a lot of time in research, contemplation and preparation to develop the programs, resources and benefits of ASAC. We understand the tools that subs need to survive, thrive and profit in the construction industry.  ASAC has tools, resources, programs and benefits. I dare say, that if you would contact me, I could provide you a solution to your challenge and an answer to your question that I would have available through ASAC or through an ASAC partner.
But, for as much time as we spend on the afore mentioned, ASAC is bigger than all that we do and say and deliver.  ASAC is an idea, a grand idea that the Association supports the profitability of our members. ASAC is the idea that investment in the Association means that members and partners share the idea that there is a pathway to profitability.
The ASAC idea means members can expect the support of ASAC as their profitability advocate. At ASAC we are not focused on the barriers of the past but working for what today and the future should be. What a concept, what an idea!
Why would a construction subcontractor not invest in that idea? Make your investment today, join us.
Debra L. Scifo
January 2020